Sarah is a young, vibrant choral director, enjoying a blossoming career as a conductor and vocal coach in London and the South East.

She read music at Cambridge University, where she held a choral scholarship with Sidney Sussex College, and completed a BA Hons between 2007 and 2010. She studied conducting with Stephen Layton and performed in masterclasses with Steven Cleobury, John Nethsingha and Timothy Brown, receiving a First for her final year conducting paper. While studying, Sarah founded and conducted the Sidney Sussex Orchestra; a seventy-strong symphony orchestra which continues to thrive under other young conductors.

After graduating in 2010, Sarah continued her conducting studies in Brighton with Deborah Roberts and John Hancorn, where she worked closely with Brighton Early Music Festival as a vocal coach and director, conducted the B.R.E.M.F. Community Choir and lead the B.R.E.M.F. Consort and the B.R.E.M.F. Players in a performance of Monteverdi's Selva Morale e Spirituale.

Due to her involvement in the scheme and through singing with the Celestial Sirens, a consort group associated with the Festival, Sarah became partidularly interested in music written for and by women. She currently directs Tapestry, a sixteen voice ensemble based in Reading exploring 19th and 20th century repertoire for women's voices. Under her direction, the choir has flourished, and in 2014 performed the UK premiere of Roar Kvam's orchestration of Cesar Franck's Mass in A. Plans for 2015 include a performance of Vaughan- Williams 'Folk songs of the Four Seasons' with soloists from the Aldworth Philharmonic, and a repeat performance at the Brandenburg Festival.

Sarah was awarded the Association of British Choral Directors bursary scheme for young conductors in 2013-2014, and through the scheme worked with the Royal Opera House Thurrock Community Chorus, a 150- strong chorus. Highlights of the year included conducting the chorus in Mozart and Purcell opera choruses at St. Clement Danes Church as part of the Brandenburg Festival, and preparing the chorus for a performance of Verdi's Requiem in July alongside the Brighton Festival Chorus and the Orchestra de Picardie, with soloists from the Royal Opera House Jette Parker Young Artists programme. 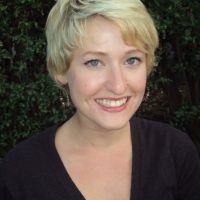